An exceptional first installment of one of my favourite series, I decided to go back and re-read the series as part of my dive into the Cosmere. I was not disappointed! 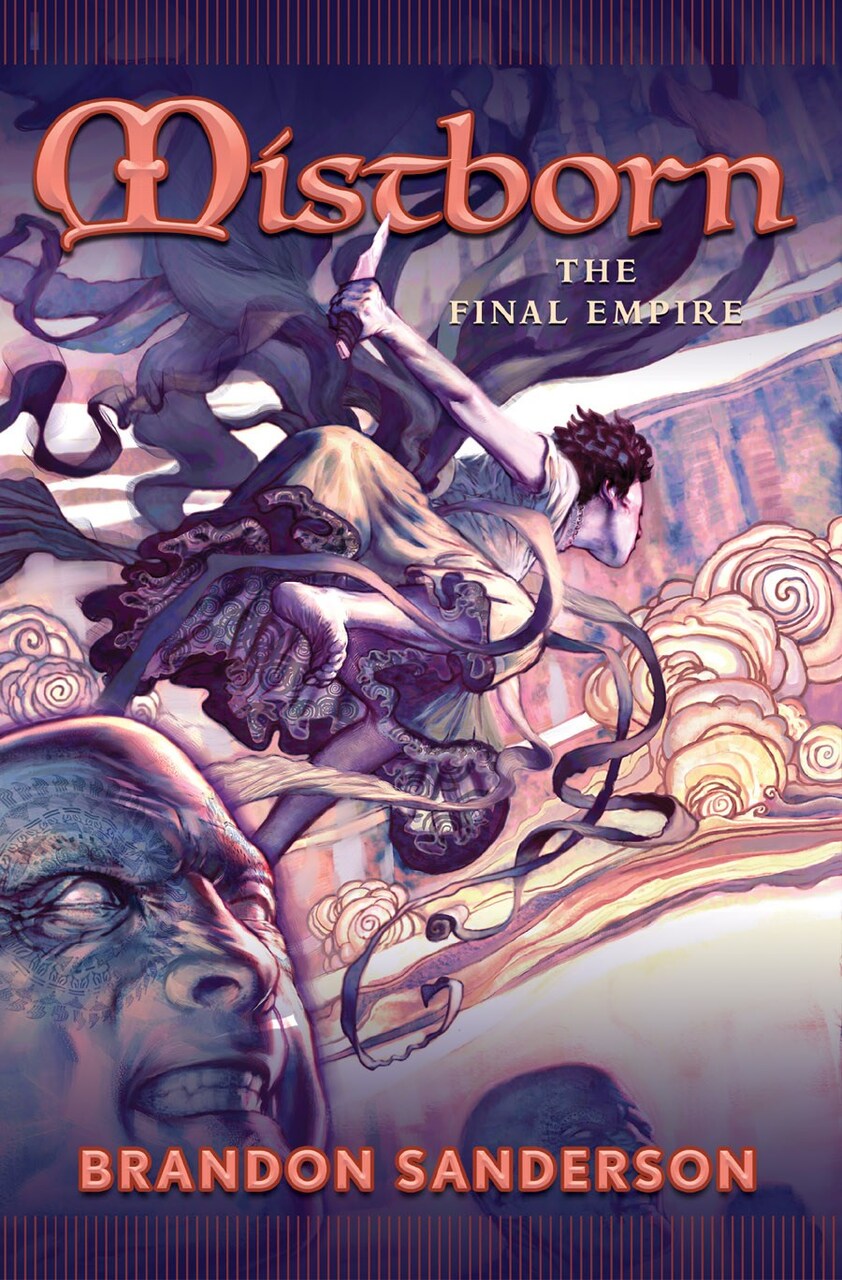 Kelsier recruited the underworld's elite, the smartest and most trustworthy allomancers, each of whom shares one of his many powers, and all of whom relish a high-stakes challenge. Only then does he reveal his ultimate dream, not just the greatest heist in history, but the downfall of the divine despot.

But even with the best criminal crew ever assembled, Kel's plan looks more like the ultimate long shot, until luck brings a ragged girl named Vin into his life. Like him, she's a half-Skaa orphan, but she's lived a much harsher life. Vin has learned to expect betrayal from everyone she meets, and gotten it. She will have to learn to trust, if Kel is to help her master powers of which she never dreamed.

This saga dares to ask a simple question: What if the hero of prophecy fails?

So I checked Goodreads and I’m a little shocked to discover it’s been over seven years since I first read The Final Empire. As a result, while I remembered the rough beats in the storyline, I’d long forgotten the details and so in many ways this felt like a fresh read. I’m happy to say my view of the book has absolutely not changed since then, and in fact having read more of the Cosmere–and perhaps having changed a bit myself in the intervening years–I think I’ve come to appreciate it even more.

Now, I’m going to say up front: this review is gonna be jam packed with spoilers for books across the Cosmere. You have been warned!

In particular, having re-read this book after tackling Elantris, Warbreaker, and The Stormlight Archives (1, 2, 3), I’m starting to see a lot of thematic parallels across the various series, and I wanted to explore those a bit.

To start with, Mistborn feels like a book of our time, and shares a key parallel with The Stormlight Archives. In both books we have an abused, oppressed minority–the Skaa, and the Parshendi–fighting against a powerful nobility who wield incredible powers. In both cases we are presented with characters who have a deep-seated hatred for their opposing side. In both Kaladin and Kelsier we are presented with heros who see the nobility as evil and irredeemable. Similarly, in Straff Venture and Brightlord Amaram we see the worst in the evil and excesses of the noble class.

But Sanderson doesn’t give us the easy out in either of these works. Instead of just settling for a simple black-and-white view of morality, the reader is taken on a journey with the characters as we are shown that rather than simple good and evil, these worlds are filled with shades of grey. Where you have Straff Venture, you also have his son Elend. And as a foil for Kelsier, we have Vin herself. Through these characters we see an ethical throughline connecting these books, with Sanderson showing us that people are rarely purely good or evil.

Interestingly, similar themes run through Warbreaker and Elantris as well. In the case of the former we are presented with the Returned, a group of people who are decadent, thoughtless, and aloof, and yet who ultimately rise up and help change the world. As for the latter, Hrathen himself goes through a journey that ends in his own redemption.

Notably, all of Mr. Sanderson’s works share enough common theme: the only people who are truly evil are members of religious orthodoxy who use their position to control others. Whether it’s the priests of Warbreaker, the Shu-Dereth of Elantris, the Voidspren of The Stormlight Archives, or the Obligators of Mistborn, it is only those people who use religion to control others that are the true villains (though, as was the case with Hrathen, they are not necessarily irredeemable). One can’t help but wonder how Mr. Sanderson’s Mormon faith might influence these themes.

Thematically, I also see a lot of parallels between Vin and Shallan. In both cases we have female characters struggling with the basic question of identity. In the case of Shallan this is quite literal, culminating in Oathbringer where she very nearly loses all sense of self. But Vin, too, struggles to understand who she is, whether that be street urchin, thief, noblewoman, or Mistborn. And in both cases, it’s through finding some harmony with these identities that the characters find their way to a new strength.

Mistborn is yet another book with Mr. Sanderson also tries to take standard fantasy tropes and invert them in interesting ways. Most notably, the idea that the Lord Ruler was in fact trying to save humanity is a wonderful reversal and ties perfectly into the ethical quandry that Vin finds herself struggling with throughout the book. I also very much appreciated that Vin was victorious on her own, and won not just because of her strength, but because of her wonderful intelligence. Clearly, Mr. Sanderson is interested in breaking down the traditional female character tropes in the fantasy genre, and in Mistborn he does so once again.

Of course, it helps that once again Mr. Sanderson has created, here, a magic system that’s deeply logical and internally consistent. Compared to Elantris and Warbreaker, both of which contain magic systems that are a bit more loosely defined, Mistborn is practically science fiction. Here we see Mr. Sanderson establish a world with a set of internally consistent rules that then drive the storyline in a variety of interesting ways, with some of the plot deriving from the characters uncovering those rules. The result is that Vin ultimate wins because she pieces together knowledge of that system, and then uses that knowledge to exploit a weakness in the Lord Ruler. If you want to understand what Mr. Sanderson means by a “hard” magic system, look no further than this book!

That’s not to say this book doesn’t make use of those classic tropes where they make the story work. Vin is, after all, a peasant with a hidden strength who rises to become a great hero. Kaladin, Luke Skywalker, Samwise Gamgee, and Rand al’Thor will all be able to relate to that journey. Yet Mr. Sanderson manages to make it feel new and fresh.

Similarly, like Elantris, The Stormlight Archives, Robert Jordon’s The Wheel of Time or N. K. Jemisin’s Broken Earth, we are presented with a world containing a grand mystery as a result of lost knowledge that our characters must slowly rediscover. Fortunately, I’m a complete sucker for that trope, and in Mistborn it’s executed exceptionally well. In particular, Mr. Sanderson reveals just enough in this first book to feel satisfying while leaving much yet to discover… hence why I’m itching to start book two.

So, why did I start off by saying Mistborn feels like a book of our time? Well, frankly, today we live in a world where, increasingly, we are expected to see the people around us in stark terms of good an evil. You’re either left-wing or right-wing, fascist or communist, pro- or anti-mask, and on and on.

In Mistborn, through much of the book the world is presented to us in similarly stark terms:

“Noblemen are different, Vin,” Dockson said sternly. “They’re horrible creatures. Why do you think I don’t complain when Kelsier kills them? Why do you think I’m working with him to overthrow their government? You should ask some of those pretty boys you dance with how often they’ve slept with a skaa woman they knew would be killed a short time later. They’ve all done it, at one point or another.”

And yet, it is because Vin is able to see past these prejudices that they are ultimately victorious.

My bet is that, seven years ago, this particular aspect of the book would not have felt so relevant. But today, I think we can all take a lesson from Vin and her journey.