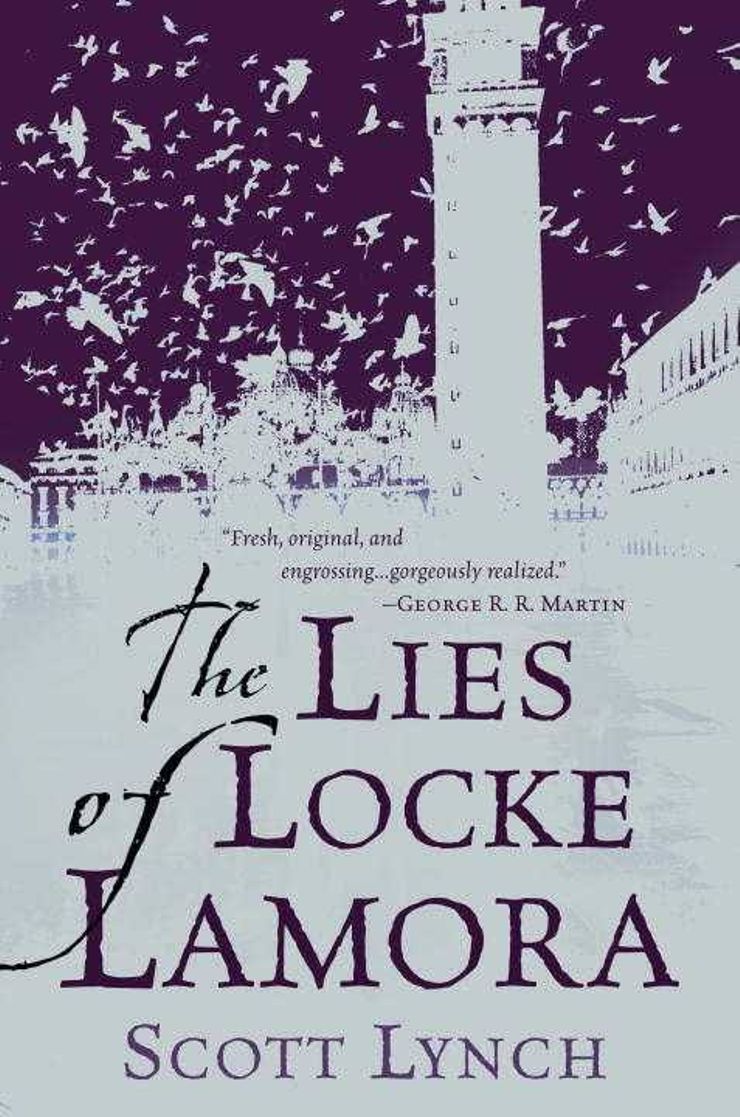 An orphan’s life is harsh—and often short—in the mysterious island city of Camorr. But young Locke Lamora dodges death and slavery, becoming a thief under the tutelage of a gifted con artist. As leader of the band of light-fingered brothers known as the Gentleman Bastards, Locke is soon infamous, fooling even the underworld’s most feared ruler. But in the shadows lurks someone still more ambitious and deadly. Faced with a bloody coup that threatens to destroy everyone and everything that holds meaning in his mercenary life, Locke vows to beat the enemy at his own brutal game—or die trying.

Some have likened it to a fantasy version of Oceans 11, and I suppose that makes for a reasonable distant approximation, but it’s definitely a lot more than that. The world constructed, here, is familiar yet different, with a lot of standard fantasy tropes mixed with these little flairs that give Camorr a unique flavour all its own. And the plot is paced well enough to keep you wanting to move forward.

The characters feel a bit two dimensional… Locke is, obviously, fairly well sketched out, but Jean and the twins feel a little flat. If I had to pick a surprise stand-out character it’d be the Spider… pity we see so little of them, relatively speaking. But while they may all be familiar archetypes, they’re fun ones, and so we can enjoy them for what they are.