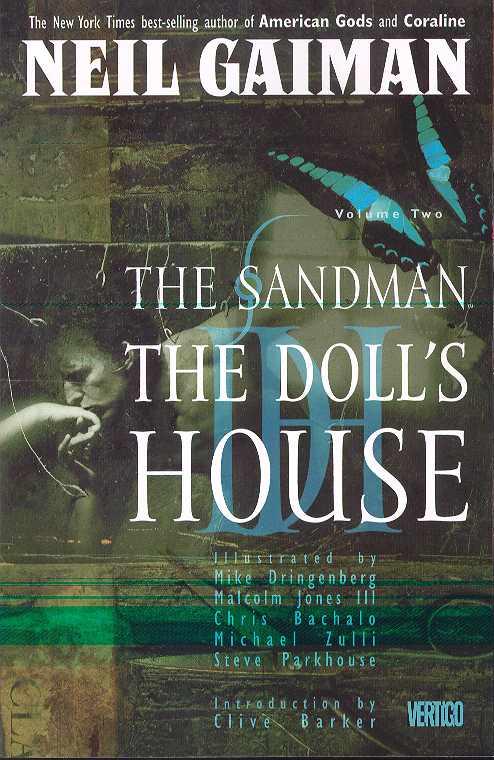 In THE DOLL'S HOUSE, after a decades-long imprisonment, the Sandman has returned to find that a few dreams and nightmares have escaped to reality. Looking to recapture his lost possessions, Morpheus ventures to the human plane only to learn that a woman named Rose Walker has inadvertently become a dream vortex and threatens to rip apart his world. Now as Morpheus takes on the last escaped nightmare at a serial killers convention, the Lord of Dreams must mercilessly murder Rose or risk the destruction of his entire kingdom. Collecting issues #9-16, this new edition of THE DOLL'S HOUSE features the improved production values and coloring from the Absolute Edition.

Dark and haunting is probably the best way to describe this volume. The story revolves around a number of agents of the dreamworld who, in Morpheus’ absence, have decided to have a little fun of their own. You can start to see the mythos really start to flesh outself out in this storyline, though the ending seemed to come a bit easily…