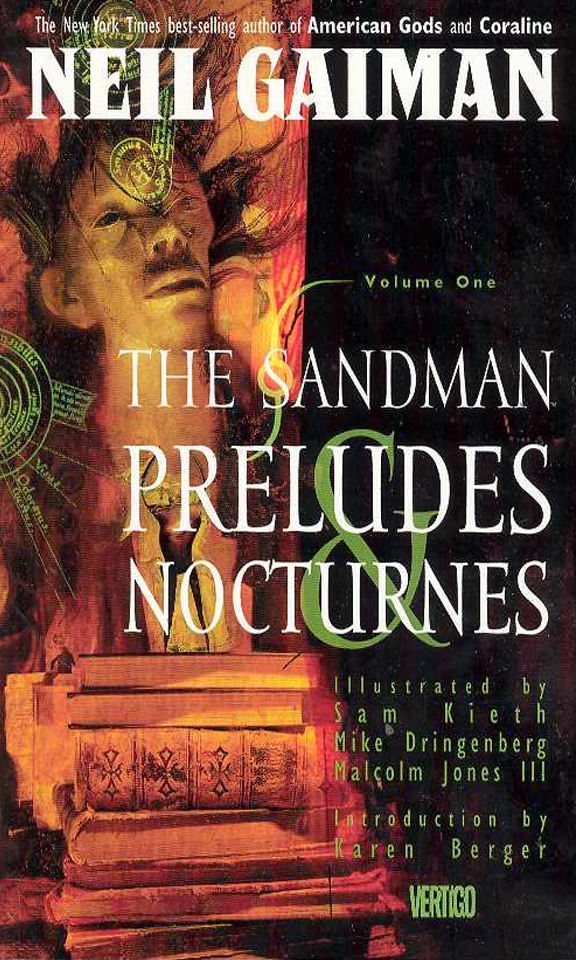 In 1916, Dream is captured and encased in a glass globe in a failed attempt by a fictional Edwardian magician (very much in the vein of Aleister Crowley) named Roderick Burgess to bind Death and attain immortality. Dream bides his time for decades until Burgess dies. Afterwards, his son Alexander becomes Dream's new captor. Finally, in 1988, Alex's guards grow careless and the guards watching him fall asleep in his presence, allowing Dream to use the sand from their dream to his benefit. When the guards awake and break the seal Dream was in, he is then able to escape. Dream punishes Alex by cursing him to experience an unending series of nightmares. The rest of the story concerns Dream's quest to recover his totems of power, which were dispersed following his capture: a pouch of sand, a helm and a ruby. The pouch is being kept by a former girlfriend of John Constantine's. Once that is recovered, Dream travels to hell to regain the helm from a demon, where he incurs the wrath of Lucifer (an enmity that will have major repercussions later in the series). The ruby is in the possession of John Dee, a.k.a. Doctor Destiny, a supervillain from the Justice League of America series. He has warped and corrupted the ruby, rendering Dream unable to use it, and with it he nearly tears apart the Dreaming. However, thinking that it will kill Dream, Dee shatters the ruby, inadvertently releasing the power that Dream had stored in the ruby and restoring Dream to his full power. The collection ends with "The Sound of Her Wings", an epilogue to the first story-arc. This issue introduces a character who has become one of the series' most popular and prominent personalities: Dream's older sister Death. She is depicted as an attractive, down-to-earth young goth girl, very unlike the traditional personification of death, and spends the issue talking Dream out of his brief post-quest depression.

While the first story arc of the Sandman series is fairly straightforward quest fare, you can see why the series gained the success it did. Gaiman is, of course, a fanastic writer, and the mythos he creates, here, is truly intriguing. But it is the final issue in the collection, The Sound of Her Wings, where the series truly takes off. The entire plotline is sweet and subdued, infused with a depth of emotion lacking in the previous tales. And Gaiman’s vision of the anthropomorphic personification of Death is brilliant, quirky and original,kand serves as a pitch-perfect contrast to the reserved Morpheus.