Well, everyone, I’d like to introduce my new friend, Ted: 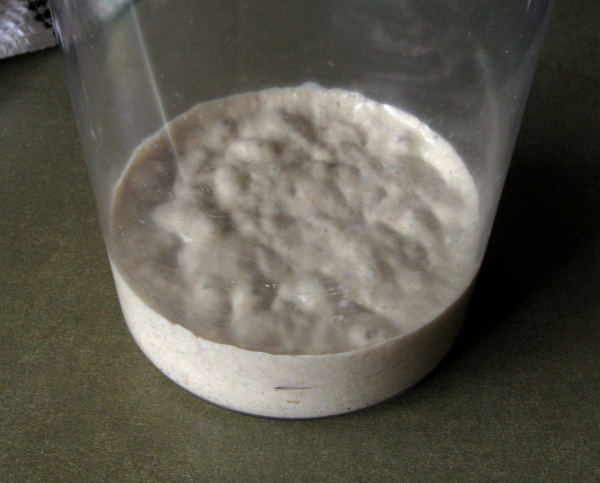 Yup, my starter lives! And his name is Ted.

For those interested in the gory details, I used the recipe from here. 24 hours in, things looked bubbly. 36 hours in, it was really bubbly. Then the drought of days 3-5… it smelled quite sour, but there was virtually no bubbling to be seen.

At this stage, it felt like things were settling in to a rut, so I made a few adjustments, modifying the feeding as follows:

Two days later, and you can see the results. It smells lightly sour, yeasty, and it’s doubling in 8 hours. Woo! So tomorrow, it’s sour rye… I hope.