Well, I just keep refining this bread recipe. The second time, Lenore thought she could detect a strange aftertaste in the bread. It wasn’t clear if it was a lingering alcohol smell, or a by-product of stale whole wheat flour, and so I decided to run a couple experiments. Both turned out frickin’ fantastic, if I do say so myself. 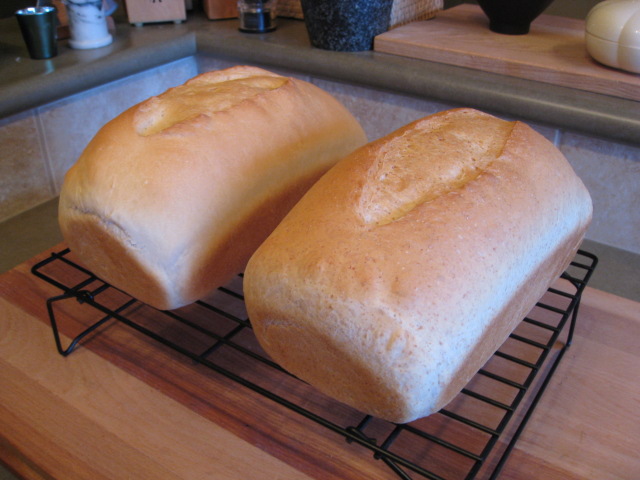 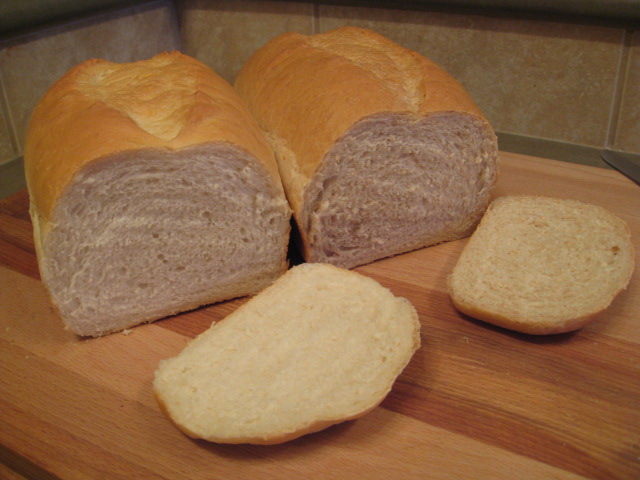 Both of these breads were made using a white flour poolish made as follows:

Now, if you’ve read any of my other posts, you’ll know this mixture is a little different. First, there’s more flour. This is mainly because the white flour absorbs less liquid, and so the poolish can tolerate more. You’ll also note there’s less yeast. I was worried that the first poolish got a little alcohol-y, generating the off flavour Lenore noticed, and so I decreased the amount of yeast in the poolish, and conversely increased the yeast content in the main bread. Interestingly, this poolish formula generated much greater gluten development. As in, the blend went from batter-like when I mixed it, to an almost stretchy, rubbery texture. It was pretty remarkable, actually, and possibly a consequence of the decreased yeast (if flour ferments too long/much, the gluten can actually begin to break down, a phenomenon known as over-proofing).

As for technique, I dialed back the bake time to thirty minutes, and made use of a thermometer to test for doneness (they need to hit 200F at the center). In addition, as you can see, I scored the tops of the loaves prior to baking, partly because it helps jack up the oven spring by breaking tension in the top of the loaf, and partly because I think it just looks nice. :)

Other than that, these loaves are essentially the same as attempt number two. The loaf on the left is straight white bread, a test to see if the wheat flour was the cause of the flavour Lenore detected. The loaf on the right is probably 40% WW (I forgot to jack up the WW in the main recipe to compensate for the white flour poolish, but… so it goes).

As for impressions, as you can see, the crumb is pleasantly tighter and more even than my second loaf, a result, I suspect, of the higher gluten development thanks to the poolish. The bread is much more moist and soft, almost the texture of a store-bought french bread. In conclusion: hands down, my best attempts yet.

Oh, and the funky taste? No sign of it! Must’ve been the funky flour after all.