As a fan of The Martian, Project Hail Mary is right up my alley: a hero in a desperate situation relying on science and ingenuity to survive. But it’s in the characters and relationships where this book excels. 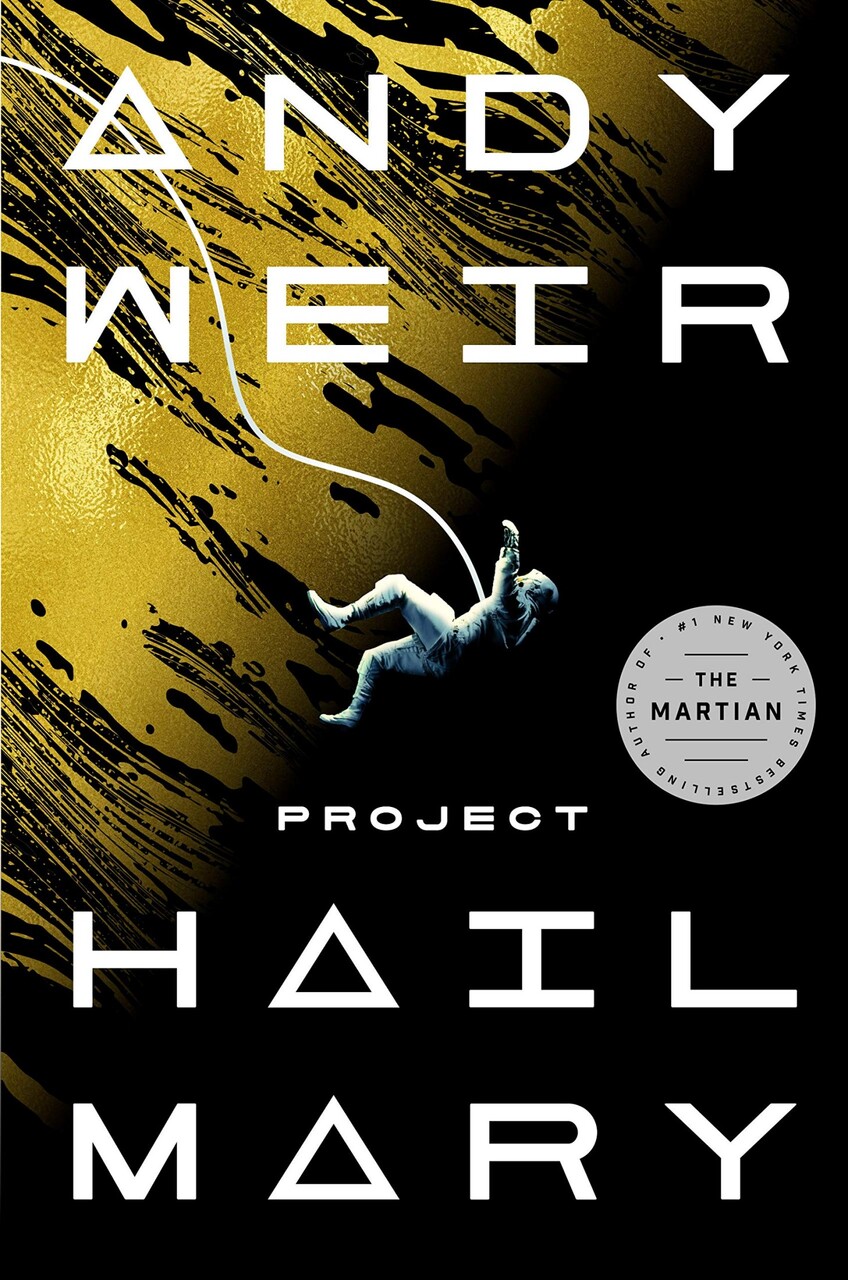 Ryland Grace is the sole survivor on a desperate, last-chance mission—and if he fails, humanity and the earth itself will perish.

Except that right now, he doesn’t know that. He can’t even remember his own name, let alone the nature of his assignment or how to complete it.

All he knows is that he’s been asleep for a very, very long time. And he’s just been awakened to find himself millions of miles from home, with nothing but two corpses for company.

His crewmates dead, his memories fuzzily returning, Ryland realizes that an impossible task now confronts him. Hurtling through space on this tiny ship, it’s up to him to puzzle out an impossible scientific mystery—and conquer an extinction-level threat to our species.

And with the clock ticking down and the nearest human being light-years away, he’s got to do it all alone.

I’m a huge fan of the science fiction genre, but I’ll be the first to admit that it isn’t without its flaws. I’ve been known to say that a lot of authors in the genre get a little too caught up in their big ideas and forget that characters, you know, matter! The result is there are no shortage of sci-fi books in my DNF graveyard; books with shallow, unchanging characters who exist to just move the plot along.

I’ve not read a lot of books by Andy Weir–The Martian is the only other novel of his that I’ve tackled–but somehow Mr. Weir somehow manages to consistently escape this trap. While, in “Project Hail Mary”, science and the scientific method absolutely sit front-and-center, ultimately it’s the characters that truly shine through in this book. The result is a gripping, edge-of-your-seat story that has us cheering, hoping, and despairing as we’re shown what it truly means to be a hero.

As an aside, I want to note that the main reason this review exists is because my wife went and publicly called me out in her review of the book! Though now I feel like I’m encouraging her to publicly shame me, given it clearly produced results…

“Project Hail Mary” has been on my list since nearly the day it came out, and when I mentioned to my wife that I had the book on my queue, I was surprised to discover it was on hers as well! But, rather than going for a regular ol’ buddy read, we decided to listen to the audiobook together, and I gotta say, I can think of no better way to enjoy this book! I don’t want to spoil too much, but there are many elements of the audio production–the use of voice effects, sound effects, and so on–that I found absolutely remarkable. I can’t imagine “just” reading the book, now.

And, of course, enjoying this book with my wife was incredibly fun! We spent a lot of time talking about the book as we progressed through it, speculating on what was going to happen next, and theorizing about the underlying mysteries. Reading being a normally quite solo activity, it was very cool being able to enjoy the story with someone else at the same time!

Now, getting to the book itself, “Project Hail Mary” absolutely comes from the same mold as “The Martian”. Anyone familiar with the narrative structure of “The Martian” will find this one initially pretty familiar–a solo character trying to survive using whatever he has around him combined with his own knowledge and ingenuity. Fortunately, the book ultimately veers off on its own, with many surprises along the way.

The backbone of the novel is not one but two core mysteries (and yes, I’m going to be careful about spoilers, here!): first, there’s the memory loss of our main character, Ryland Grace. As Ryland’s memory gradually returns, about half the novel is composed of flashbacks which gradually reveal the events that led up to the opening of the book. Second, we have the mystery that motivates the mission on which Ryland finds himself, and beyond that I can’t say much more.

This dual structure works incredibly well. As we learn more and more about Ryland’s past the stakes grow higher and higher for his mission, driving urgency in the present. These flashbacks also show us other sides of Ryland, creating emotional payoff at the end of the book. Meanwhile, the mystery of his mission is enthralling, and I really wish I could say more at this point but… again… spoilers!

Throughout, the use of science in the book is pretty effective. Certainly there’s a few points where it bogs down a bit as Ryland (and Weir by proxy) takes a bit too much time showing us how clever he is. But in general it all works pretty well, and I gotta say, Weir absolutely nails the science and engineering ideas. No doubt there’s a tiny bit of space magic sprinkled in here and there, but similar to Mr. Sanderson’s approach to magic systems, Weir takes that magic and weaves it with real, hard science to produce some very clever plot devices. In this way, this book truly is pure hard science fiction: take a core idea, then explore all the consequences that follow.

Mr. Weir also uses this book to explore ideas of communication and connection in ways that, while not terribly original, are pretty well executed. My biggest complaint about this part of the book is that things seemed to be a little too easy for Ryland. Again, I can’t say much more, but I feel like Mr. Weir bit off a little more than he could chew in this area; it was just too hard to do these ideas justice without having the book bog down.

Considering some of the book’s ideas and core messages, I also found the mix of optimism and cynicism all too familiar. In a world where climate change and environmental degradation are the rule of the day, you can forgive Mr. Weir for letting a little cynicism shine through as he shows us the heroism of individuals contrasted against the failure of governments and systems. In this story we see it ultimately takes an autocrat to get things done, and as we look at the impending failure of COP26, you can see he might have a point.

So, in the end, what do we have? “Project Hail Mary” is not without its flaws. At times things can be a little too easy for our main character, the outcomes just a little too convenient. But in the end we find a gripping, exciting story that left me on the edge of my seat, thanks both to a well-crafted plot and characters that I really came to love.

Finished reading Rhythm of War
I ordered a @ViaScreens matte...