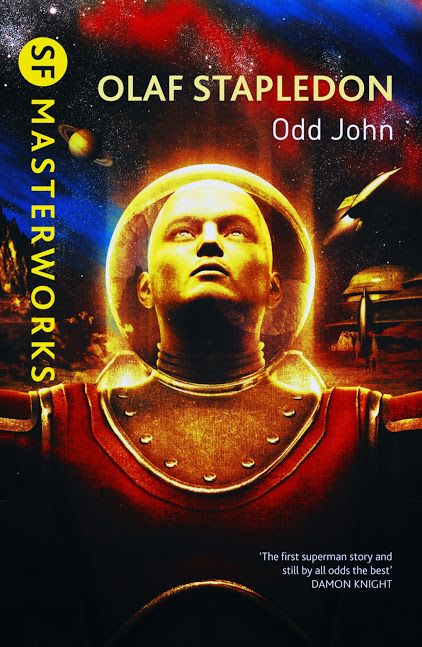 John Wainwright is a freak, a human mutation with an extraordinary intelligence which is both awesome and frightening to behold. Ordinary humans are mere playthings to him. And Odd John has a plan - to create a new order on Earth, a new supernormal species. But the world is not ready for such a change ...

Though, to be fair, I was honestly debating between the two, so a half star is legitimate.

Anyway, I’m being a bit generous here as this book reads as a lot more modern than you’d expect. When I started this book I’d somehow gotten it into my head that this was from the 50’s or 60’s, rather than the 30’s. That is, until I got into the latter third or so, and then there’s a few… let’s call them out-dated cultural and linguistic giveaways… that made it a lot more obvious.

The ubermensch is a pretty common theme, particularly in golden age science fiction, and Odd John is an early example. As a philosopher, Stapledon uses John as a voice for exploring a range of philosophical ideas, many of which remain relevant today (e.g., Stoicism), some of them rather troubling (Odd John and his group engage in some otherwise inexcusable acts that are justified by their intelligence… but does being “super-human” free one to perform acts that would otherwise be deemed immoral?)

The great dilemma of Odd John is that John is never anything less than an enigma to the reader, which makes him very difficult to relate to.

Except, of course, that’s the entire point. Much of what Stapledon tries to do in Odd John is show is a “superman” that is so unlike humanity as to be another species; someone who is inscrutable to we mere “homo saps”. Instead, we rely on a narrator to try and translate John’s actions into something that can be understood.

As a result, I didn’t feel the book carried much emotional weight despite being a character driven story.

On the other hand, the ideas themselves are interesting, and were ahead of their time, going on to influence many subsequent works (if Heinlein wasn’t directly inspired by “Odd John” when writing “Stranger in a Strange Land”, it had to have been lodged in his subconscious somewhere).