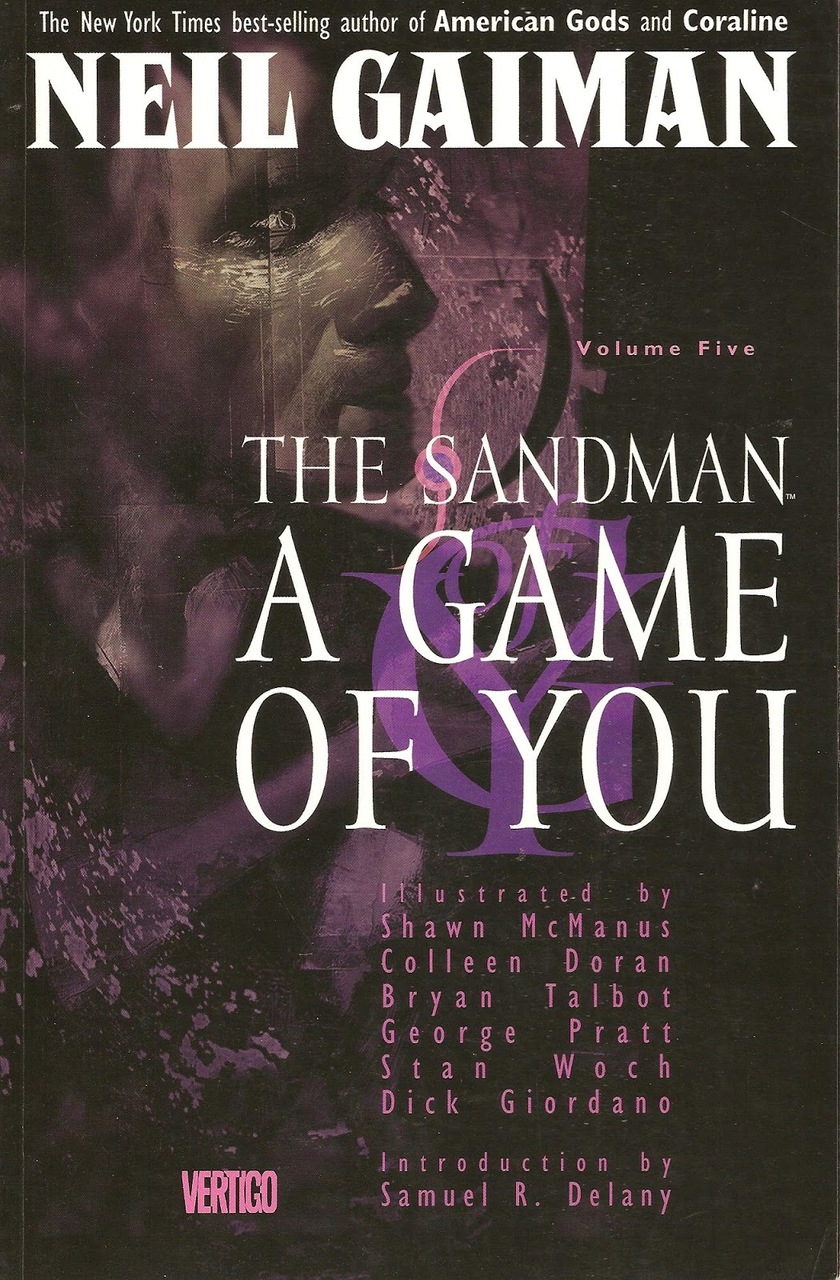 Take an apartment house, add in a drag queen, a lesbian couple, some talking animals, a talking severed head, a confused heroine and the deadly Cuckoo. Stir vigorously with a hurricane and Morpheus himself and you get this fifth installment of the SANDMAN series. This story stars Barbie, who first makes an appearance in THE DOLL’S HOUSE and now finds herself a princess in a vivid dreamworld.

This is probably my favourite volume, if only because the storyline is so emotional and personal. Here we have a story which fundamentally ties together as much because of the connection between the characters themselves as because of the overall storytelling. And the end… yeah, worth the price of admission. Bittersweet and beautiful.