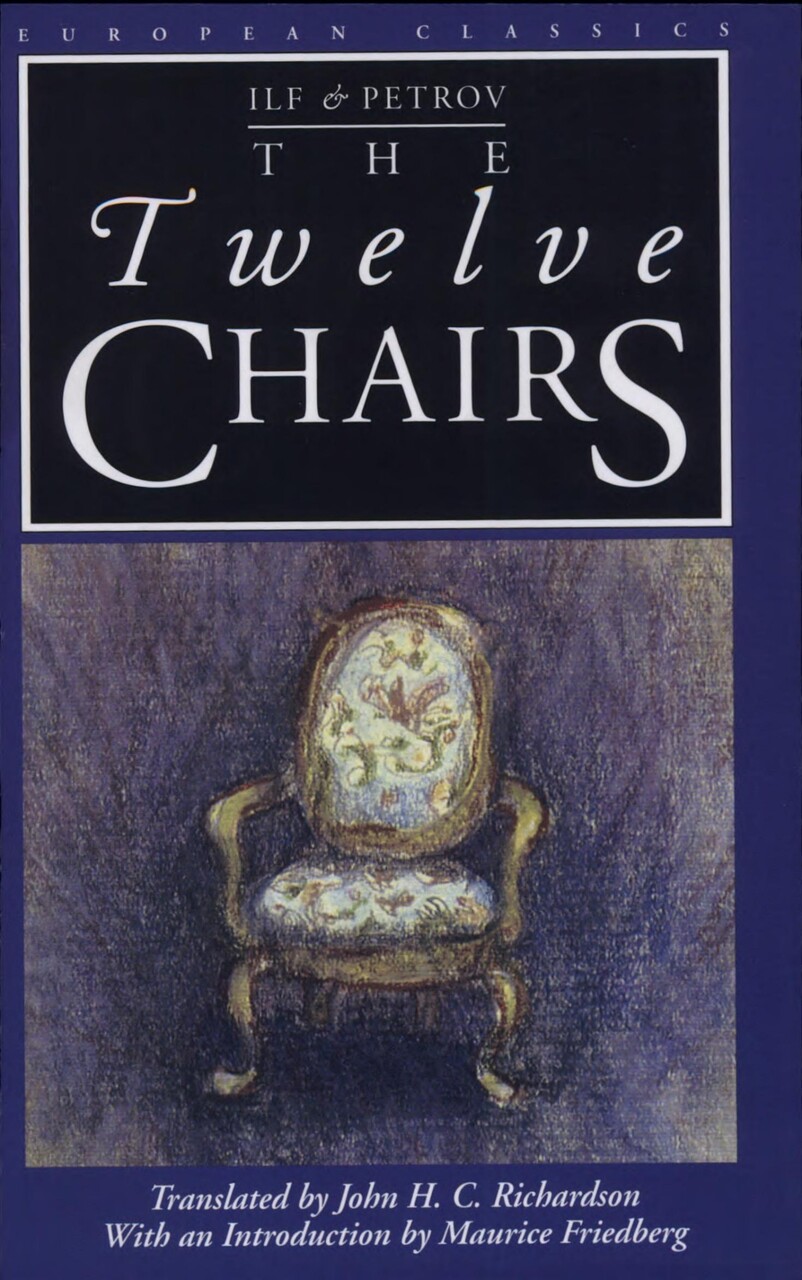 Ostap Bender is an unemployed con artist living by his wits in postrevolutionary Soviet Russia. He joins forces with Ippolit Matveyevich Vorobyaninov, a former nobleman who has returned to his hometown to find a cache of missing jewels which were hidden in some chairs that have been appropriated by the Soviet authorities. The search for the bejeweled chairs takes these unlikely heroes from the provinces to Moscow to the wilds of Soviet Georgia and the Trans-caucasus mountains; on their quest they encounter a wide variety of characters: from opportunistic Soviet bureaucrats to aging survivors of the prerevolutionary propertied classes, each one more selfish, venal, and ineffective than the one before.

Well, I finally finished reading The Twelve Chairs by Ilf and Petrov… in a word, surprising. The translation from Russian to English is, to say the least, rough at times; I’m sure there are many Russian cultural jokes and references that I simply have no hope of understanding. But overall it was fairly entertaining, as long as you’re happy reading the odd passage with the knowledge that you’ll never really understand it’s meaning.

The story revolves around the two main characters, Ippolit Matveyevich Vorobyaninov, a former nobleman, and Ostap Bender, who is essentially a crook. The setup is simple: just before Vorobyaninov’s mother-in-law dies she reveals that she has hidden a cache of jewels in one of her twelve dining room chairs, which has been taken by Soviet authorities. Vorobyaninov is then joined by Bender, and the two of them go on a cross-country search to find the chairs and recover the jewels. Along the way, in order to fund their journey, Bender comes up with some rather ridiculous schemes in order to con people out of their money.

Overall, I rather enjoyed the story. The lengths to which the characters went, and the schemes that Bender came up with in order to fund their treasure hunt, provided some great comedy. And along the way, the reader is given glimpses of Soviet Russian life that we in the west have rarely been exposed to. But I gotta say, it’s the ending that surprised me the most. Generally speaking, I’d describe the narrative as fairly light. The story bares some vague similarity to classic movies like “8 Heads in a Duffle Bag”. But the ending I would describe as exceedingly dark, almost tragic. It’s really quite bizarre.

So, for those interested in a somewhat difficult, but unique read, give “The Twelve Chairs” a chance. If anything, the ending is worth the journey… which is something I can’t say about, say, a Neil Stephenson book.

What's In A Name?
Mostly Male